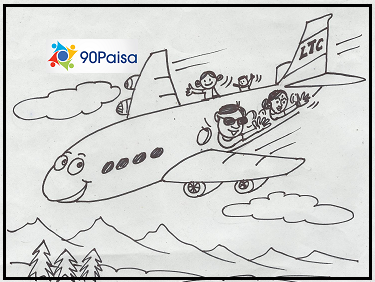 Leave Travel Concession to travel via air to Jammu & Kashmir, the North Eastern Regions and the Andaman and Nicobar islands has been extended for another two years for Central Government employees.

The LTC scheme, which is granted to Central Government employees and their family members, has now been extended up to September 2016. Click here for the detailed DOPT order.

DOPT has also released an order regarding LTC scheme for new recruits. Explanations have been given in the form of questions and answers. The order contains answers to 8 very important questions, explanations for them and 4 pictorial examples.

Foreign Tour for CG Employees, demanded by NC JCM Staff Side. Explore the possibility of allowing an employer to undertake tour outside India once in his life time in lieu of the LTC.

Centre May Lower Retirement Age By 2 Years To 58 -- NEWS

New Delhi: The Narendra Modi government is likely to take a major decision of the lowering of the mandatory retirement age for its employees to 58 years old, two years earlier than what the present law requires.

It would be one of the major decisions to be taken by the BJP government after came to power to curb slow manpower turn-over in government.

The present law setting the mandatory retirement age at 60 years old may be affecting the bureaucracy’s productivity.

Since studies show that Indian people reaching the age of 50 years old tend to suffer from a decline of cognitive and physical abilities.

That older employees also find it harder to adapt to modern technology, which is must required to develop the nation.

The youth voters in country have increased and so the BJP also wants to focus on young voters to say, “More retirees would mean more job openings for the youth.”

PM Modi earlier said at New York’s Madison Square Garden, that India, which is the youngest country in the world, will live up to the expectations.

“There is an atmosphere of hope and enthusiasm. India wants change. A country with such a huge population of young people does not have a need to look back,” he added.

“India is a youthful nation with a very old culture. 65 percent of Indians are below the age of 35,” he said.

“The government may clear the decrease in the retirement age either by June 30 or after receiving the Seventh Pay Commission report” said a source.

It may be likely to be a part of the terms of reference of the Seventh Pay Commission, expected to file its report in 2015.

The decrease in retirement age would be happening first time after Independence. In 1998, the BJP government led by Atal Bihari Bajpai increased the retirement age to 60 from 58 following implementation of the Fifth Pay Commission.

Experts said it would put pressure on the government exchequer for payment of retirement benefits. However, sources confirmed this would be manageable.

The move to decrease the retirement age may pressure the states to follow it.

The BJP led Haryana government has already declared yesterday decided to lower the retirement age of its employees from 60 to 58 years.
TST

Age before duty: Babus to retire at 58 instead of 60